Almost everyone in this world has some sort of a nuance about 3:00 am. It probably stems from your religion or your culture or maybe it is something you heard someone say and you decided to believe it. If you have never heard of anything, well, after reading this, you will have your own version or maybe you’ll decide to not believe in any, like me, because there is the freedom of choice.

While in school, we were always told things so that we could be scared. 3:00 am was definitely labeled as the time of the devil. Ideally, we were taught that the devil roams at night. We would be told all manner of ghost stories and ghosts equaled the devil. [I still find it funny how human brains work. When we do not understand a phenomenon, it automatically becomes evil]. I can vividly remember how some people would shamelessly recount seeing ghosts dressed in white sheets roaming around the school. Who says such horrific things to kids let alone after reading the horrific story of The Ghost of Garba Tula where a ghost visits girls during the night in their dormitory [this story still terrifies me! It was a great book though]

While I bloomed into a smart adult, no longer accepting the devil at 3:00 am story, I heard that it was the miracle time. I grew up catholic, so I never really heard about a specific time being the time that the Lord hears prayers. So when I got to high school and those who grew up as protestants said this, I was in a little bit of shock, but no judgments. Again, freedom of choice! While at university, some of my colleagues would wake up at that time to pray. They would go to a place we called ‘rocks’ because it was literally a bunch of rocks stacked into a hill where they worshipped in the bitter cold.

I still don’t understand how they could do this given that our school was full of snakes and we would get unwanted visitors such as hyenas. The school is located at the foot of a range of hills surrounded by many shrubs and zebras, antelopes, giraffes were our very cool neighbors. There was a time that a leopard was spotted around school with her cubs. [It is starting to sound like I got my degree from a zoo huh!] Anyway, one time, some of my prayerful colleagues said they were joined by angels while they prayed. Well, I guess 3:00 am is miracle time.

And then there is the version of night owls like me. This is the time that your brain decided that ‘we are getting creative today’. When you are called, you say yes! And that is why I am writing this at 3:00 am, because my brain has decided that it is time. Fun fact, I will probably read this article three days from now and I will have absolutely no idea how I have been able to come up with such an idea for a written piece. It is extremely remarkable how my brain works or maybe this is also one of those instances that shows that this is miracle time. 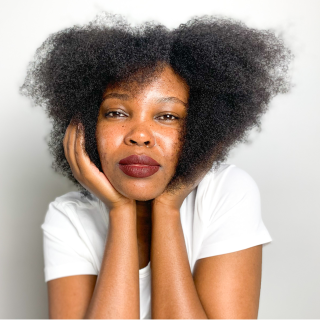